8 Human Foods That Can Harm Your Dog | Safe Bones Company 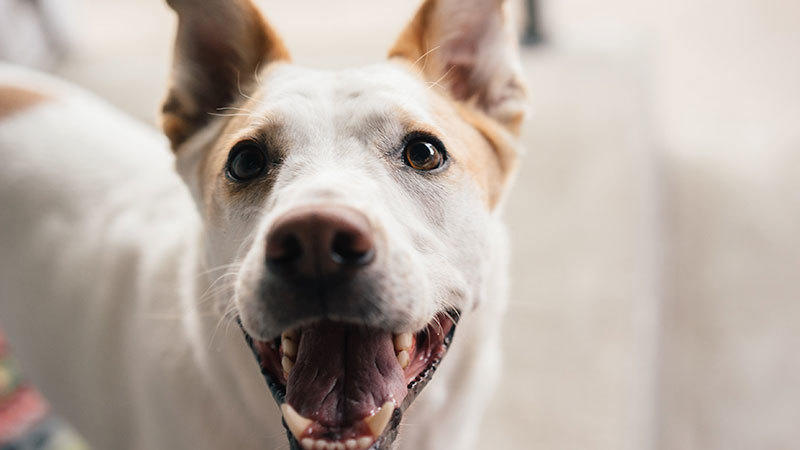 8 Human Foods That Can Harm Your Dog

No matter how much you treat your dog like another two legged member of the family, their needs are vastly different than your own. That’s right - dress them in human clothes all you want...they’ll still be a dog (albeit a very spoiled dog).

When it comes to what they eat, the rules are the same. Some human foods are simply off limits for pups. Because of the vast differences in how our bodies function, dogs can’t consume a variety of the foods we can due to high risks of illness, discomfort, and even death.

Learn some of the most common human foods that are harmful to dogs and make sure your four legged family member doesn’t have access to any them.

Persin is a substance found in avocados, and while it’s not harmful for humans, it can be toxic for your dog. Persin isn’t just inside the avocado, either - it’s in the leaves, stems, and skin, too.

Whether you have an avocado plant at home or include the item on your regular grocery list, make sure they’re completely off limits for your dog.

Grapes are another toxic food for dogs, although the cause isn’t quite known. Regardless, anything with grapes or raisins should stay well away from your dog. Ingesting these foods can cause kidney failure, which typically follows symptoms of lethargy and vomiting.

There’s a chance your dog won’t react to grapes, but even if they’ve eaten them with no trouble in the past, it’s not worth the risk of trying again. Always keep grapes safely stored and completely out of your dog’s reach.

Xylitol is a sweetener found in candy, desserts, and other artificially sweetened foods. It’s a common ingredient in a number of human treats, so carefully check any labels of food your dog might have access to (sweetened gum is a sneaky culprit).

Ingesting xylitol can cause vomiting, seizures, and even death in dogs. Know the symptoms, just in case, and always be on the lookout for any sweets laying around - it’s amazing how quickly our pups are capable of downing something they want.

Picked Out Any Snacks Yet?

When someone is lactose intolerant, it means they don’t have sufficient amounts of the enzyme lactase to break down dairy.

Dogs bodies don’t produce lactase like most of ours do. And while some people feed their dogs cheese with no problem, it’s always best to proceed with caution on this one. The most common symptoms of dairy consumption in dogs are vomiting and diarrhea.

Your dog probably won’t go after garlic or onions too quickly. Being such common ingredients in regular meals and dishes, though, it’s best to make sure they’re stored and served well away from your pup.

These two foods have the capability of destroying red blood cells in dogs, which can cause them to become anemic. Small doses might have no effect, but if your dog consumes garlic or onions and shows symptoms like vomiting, weakness, and loss of appetite, head to the vet.

This might be one of the most well known human foods that are completely off limits to dogs. It’s worth emphasizing, though, because chocolate can have severe consequences if your dog gets ahold of any.

Theobromine is a substance in many chocolates that can be fatal for dogs. If eaten, this substance can cause seizures, vomiting, diarrhea, internal bleeding, and sometimes death. Small amounts in a small dog might not have a damaging impact, but the risks are too high not to be avidly vigilant about keeping any and all chocolate out of reach.

This one might come as a surprise, but macadamia nuts are some of the most harmful human foods for dogs. If eaten, they can cause weakness, vomiting, and hyperthermia, among other serious symptoms, which could last for 48 hours. If you suspect your dog has gotten ahold of any macadamia nuts, head straight to the emergency vet.

It might seem like bacon should be a natural go-to treat for dogs. Quite the contrary, though. Bacon and other high-fat meats should never end up in your dog's mouth. The risk is severe - this human food could cause pancreatitis - a serious threat. Not only that, many high-fat meats are cooked with extra salt, which is also a no-go for pups. Play it safe and save bacon and fatty meats for the humans.

Fortunately, some human foods are perfectly safe to treat your dog with. The next time you’re planning a big meal, check out this list of pup-safe foods and cook up a little extra for your dog.

Of course, snacks and treats should never replace your dog's diet. Only turn to these as supplements or training tools. And don’t forget to place more of an emphasis on safe dog-only snacks, like beef jerky or liver. By doing so, you’ll never have to think twice about whether or not the food your dog eats is safe.

All of Safe Bones Company dog bones and dog treats are 100% Natural and Made in the U.S.A. at our facilities in the beautiful state of Nebraska.

You’ll never need to be concerned with low quality imported products, or overly processed dog bones, jerky, or other treats. Shop now and treat your dog to something special.

Join our newsletter list to be in the know before anyone else. Special deals, timely topics, and more.

Success! This has been added to your cart.

Hey there!
Just a heads up that we've currently stopped online orders. To find Safe Bones Co bones and treats head over to our Where to Buy page.